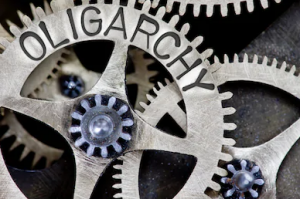 The economy is dominated by oligopolies – concentrations exist in almost every industry. 3 or 4 companies get as much 70% of the global market share.  Just consider:

Many corporate transactions are not taxed at all. These include mergers, acquisitions, and liquidations, which contribute to the overconcentration of American business in a handful of companies in most industries.

The time is ripe for a change. Taxing the problem is one way of solving it.