On July 11, the U.S. Small Business Administration announced the ending of the Economic Injury Disaster Loan (EIDL) Advance program, which provided U.S. small businesses, non-profits and agricultural businesses a total of $20 billion in emergency funding. The EIDL Advance provided $1,000 per employee up to a maximum of $10,000.

These funds helped and a number of my clients successfully applied for these funds. To be sure these funds helped. This program ends just as the economic recovery appears to be fizzling and as the virus takes more lives and the economy is having to be closed down in states where the number of cases are skyrocketing. Just over half of Americans have jobs now, the lowest figure in more than 70 years. The economy did regain a total of 7.5 million jobs in May and June, faster than many economists anticipated. That, however, was just one-third of the number lost to the pandemic.

At this point, the recession feeds on itself as more people whose jobs depend on their being present, but if the restaurants and barbershops are closed, the people who had those jobs are out of luck. Not only do they do not have the money for rent, food, health, and on and on, they have less discretionary income. Millions of Americans are in danger of becoming destitute as COVID-D roars back.

Extra unemployment benefits enacted by Congress in March are set to end on 31 July. About one in five people in renter households are at risk of eviction by the end of September. Delinquency rates on mortgages have more than doubled 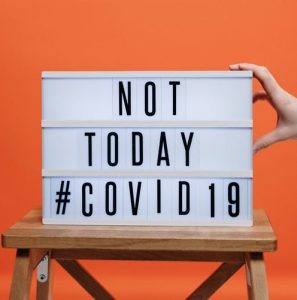 What’s needed are national strategies with accompanying funding to control the pandemic and aid small businesses to survive.