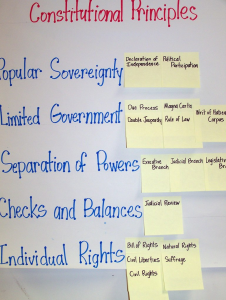 In Trump’s own words:

Democrats have been concerned for months about Trump’s efforts to sow doubt about mail-in voting despite the coronavirus pandemic. Fearing that the combined force of President Trump’s warnings of voter fraud and the expected influx of mailed-in ballots will lead to a bitter and protracted fight over the election’s results.

How can we fight this tortured journey to authoritarianism?

I believe campaign rhetoric needs to be transformed. Using a phrase like “systemic racism” is too nominalized a way of describing this overwhelming problem. We can be more persuasive by identifying constitutional principles like due process, fair play, and equal protection of the law that are being trampled by the incidents that propel wells of anger deep in the American soul. The unfairness.in the way we maintain public order can be solved with bipartisan legislative reform and people engaging in local communities.

It’s time to call out the local criminals, right-wing and Nazi sympathizers who are responsible for most of the looting and burning, as evidenced by the fact that Gov. Tim Walz said 80 percent of the people involved in the violence and destruction in Minneapolis were from outside the state.  ao Seth G. Jones, director of the transnational threats project at the Center for Strategic and International Studies says most of the violence was committed by “local hooligans, sometimes gangs, sometimes just individuals that are trying to take advantage of an opportunity.” White supremacists have been hyperactive using social media to increase tensions between protesters and law enforcement by calling for acts of violence.  Equal justice means they get prosecuted.