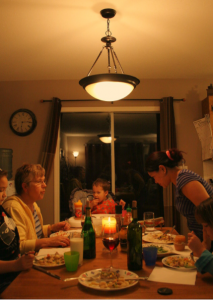 Former Labor Secretary Robert Reich recently said, “I have held off using the f word for three and a half years but there is no longer any honest alternative. Trump is a fascist, and he is promoting fascism in America.”

Ron Wyden, a Democratic senator from Oregon, “The fascist speech Donald Trump … delivered [a reference to his first public address since the killing of George Floyd sparked protests and riots across the country verged on a declaration of war against American citizens. I fear for our country tonight and will not stop defending America against Trump’s assault.”

Journalist Masha Gessen “I don’t think we have a fascist rule in this country, but what we have is a fascist leader. We have a nativist, nationalist leader who is devoting all of his energy into portraying a group of people as a super dangerous enemy, both sort of subhuman – animals, infestation – and superhuman at the same time…that is fascism.”

In Trump’s own words

Donald Trump opened his first speech of the Republican National Convention today by telling the live crowd chanting the usual “four more years,” “If you want to really drive them crazy, you say 12 more years.” When he jokes about something enough, it becomes serious.

“I’m proud to have that German blood — there’s no question about it.”

Trump  has referred to “an American SS.” Of course, that can mean “Secret Service,” but was this an accident, or a gaff, or a clear signal to his supporters and his allies.   Trump is telling us who is he and what he wants.

In 2020, there is apparently no longer any need for Trump to pretend to dislike domestic terrorism carried out against his political enemies.  “Law and order” as Trump uses it does not mean law and order. Do daily and nightly demonstrations feel like law and order?

In fact, he is signaling to his most rabid followers that he wants more of it. Trump continually eggs on more violence. He has been for five years now, complimenting rightists at every opportunity. In Kenosha, Trump insists Kyle Rittenhouse was acting in self-defense.

Trump responded to a Tweet, “critical race theory is the greatest threat to western civilization and it’s made its way into the US federal government, the military, and the justice system.” His response, “Not any more!”

Meanwhile, books are coming out from a family member, his former lawyer, and one of the most respected American journalists that reveal more and more about Trump:

Trump has said that he would “very quickly” stifle riots on election night if Democrats organize protests against his potential victory, suggesting he would do so by employing a law allowing him to deploy active-duty troops domestically.

Roger Stone, the convicted the political “dirty trickster” and former adviser to Donald Trump calls for Trump to declare ‘martial law’ if he loses the election, and order the arrest of Facebook CEO Mark Zuckerberg, Apple CEO Tim Cook, and “the Clintons.” Once underway the list would go on and on. . In a second Trump administration, Trump could make Roger Stone his Herman Goering.

What makes it possible for a demagogue like Trump to gain power?

Wild conspiracy theories can spring from any stressful or disruptive event or catastrophe, as people seek tangible explanations for the invisible or the inexplicable.

Crazy ideas like “the U.S. government covered up its role in the Twin Towers destruction” or “global warming is a hoax” operate like infectious diseases.

About 30% of U.S. adults think the coronavirus was created and spread on purpose. This sounds like Trump’s base. Such beliefs threaten public health, as when people won’t wear masks in a pandemic or refuse vaccinations against deadly diseases. Health experts have faced death threats over Covid-19 distrust of experts.

How can we avoid taking this tortured journey to authoritarianism?

I believe the vocabulary for describing “law and order” problems needs to be softened. Using a phrase like “systemic racism” is too nominalized a way of describing this overwhelming problem.

We can be more persuasive by identifying constitutional principles like due process, fair play, and equal protection of the law. The unfairness.in the way we maintain public order can be solved by bringing as many parties as possible to the table to produce bipartisan legislative reform.