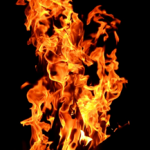 example, when he first ran in 2016, he said, he would clear the swamp, meaning curtailing the influence of lobbyists and special interests in Washington.

Trump repeatedly denied the severity of the COVID 387 times, causing people to disregard the ways they could protect themselves. In May, he disbanded the White house pandemic taskforce. This worsened the pandemic’s spread.

Until this day on October 19, he said “People are saying whatever. Just leave us alone. They’re tired of it.”

Now Trump is saying he has been tougher on Russia than any President. While he has imposed 52 sanctions, what he doesn’t say is that in 2017, he signed a sanctions law, but never enforced it. In 2018, he issued several sanctions, but later offered to negotiate and soften them.

His ignoring Russian activities has resulted in American lives being lost.

In March of this year, U.S. intelligence officials at an interagency meeting concluded that Russia has been paying bounties for killing Americans.   Earlier this year, SEAL Team 6 raided a Taliban outpost and recovered $500,000 in cash — an event that confirmed the intelligence community’s suspicions about Russia.

On April 8th, three U.S. Marines were killed and three service members are injured in an attack by the Taliban on an American convoy returning to Bagram airbase in Afghanistan in April 2019. Intelligence officials said this event and other actions are potentially being linked to the Russian bounties being placed on American lives, according to the Associated Press.

The New York Times reported that Trump had been briefed on the matter at this time, which Trump and the White House have denied getting this report.

But on April 18, Trump said, “I have a very good relationship with Putin.”

Trump may owe his election in 2016 to Russian military intelligence operations which supplied his campaign with among other items Hillary’s email.

On the same day, Trump speaks with Putin and offers to send ventilators to help Russia fight the coronavirus outbreak there. The United States will send 200 ventilators as part of a $5.6 million humanitarian package. –at a time when ventilators were in short supply in the U.S.

Nine days later on May 30, Trump postpones the G-7 summit and renews his calls for Russia to be reinstated into it and then on June 2 again said that Russia should be allowed back into the G7, from which it had been expelled after invading Ukraine and seizing Crimea.

The most charitable explanation for his seemingly suspicious behavior is found in what his niece, Mary Trump, wrote about him in her book Too Much and Never Enough that Trump has “unique personality flaws make him extremely vulnerable to manipulation by smarter, more powerful men. His pathologies have rendered him so simple-minded that it takes nothing more than repeating to him the things he says to and about himself dozens of times a day – he’s the smartest, he’s the greatest, the best – to get him to do whatever they want.

Putin has been able to play him! But there may be more to his catering to Russia. He may be vulnerable to financial blackmail Searching Google, there are numerous reports of Trump wanting to meet face-to-face with Putin before the election.

To be sure, Trump has profited from letting himself be played. During his time in office he has profited to the tune of $1.9 billion in revenue from commercial leases.

Trump has a record of contacts with Russia Putin going back over 30 years.

In 1986, Soviet ambassador Yuri Dubinin met Trump in New York, flattered him with praise for his building exploits, and invited him to discuss a building in Moscow. Trump visited Moscow in July 1987.

From 2003 to 2017, people from the former USSR made 86 all-cash purchases — a red flag of potential money laundering — of Trump properties, totaling $109 million.

In 2010, the private-wealth division of Deutsche Bank Trust Company Americas loaned him 2.5 billion dollars including at a time when Trump was practically bankrupt. He received loans from Deutsche Bank that were underwritten by the Russian state-owned bank (VTB Bank) that enabled him to purchase Trump Doral Resort in Florida, the Old Post Office Building in Washington, D.C, and for his Chicago property among other things. The VTB Bank was also the proposed lender on the never-completed Trump Tower Moscow project.

“Russians make up a pretty disproportionate cross-section of a lot of our assets,” said Donald Jr. in 2008. “We don’t rely on American banks. We have all the funding we need out of Russia,” boasted Eric Trump in 2014.

In 2015, Western European intelligence agencies began picking up evidence of communications between the Russian government and people in Donald Trump’s circle.

In April 2016, one of the Baltic states shared with then–CIA director John Brennan an audio recording of Russians discussing funneling money to the Trump campaign. In an interview this year, Brennan said: “I think [Trump] is afraid of the president of Russia. The Russians may have something on him personally that they could always roll out and make his life more difficult.”

On June 14  2016, the Washington Post reported that Russian hackers had broken into the Democratic National Committee’s files and gained access to its research on Donald Trump. By that point, Russia was already broadcasting its strong preference for Trump through the media.

investigative journalist Craig Unger, goes deep in his new book, American Kompromat, to lay out a comprehensive theory to connect all the dots.

He asserts that former US intelligence officials John Brennan, James Clapper, and Dan Coats were convinced that Trump was a Russian asset (although their own credibility has been questioned by other experts).

Based on his interviews with former KGB officials, Unger argues that the Trump-Russia link began as far back as the 1980s. Among the early clues: the purchase of TV sets from a small Russian merchant for Trump’s first hotel project in New York and the KGB connections of Trump’s first wife, Ivana, and her family in her native Czechoslovakia.

One of his KGB sources reveals damning details about Trump’s first trip to the then-Soviet Union in 1987, why Trump was a perfect target for recruitment in spite of his incompetence, and his tendency to say the quiet parts out loud.

To place this accusation in context, Unger links it to what he calls a Russian “kompromat factory,” whose workings involve, among others, Jeffrey Epstein, Robert Maxwell, Ghislaine Maxwell, Israeli intelligence, and many of Rudy Giuliani’s “friends” inside the FBI.

Although proof of all of these secret connections remains buried in the Kremlin, Unger claims to have FBI files to back up some of his assertions.

He argues that based on the available evidence Trump’s indebtedness to Moscow can no longer be doubted. With implications for large-scale global money laundering and national security, Unger concludes that even out of office Trump is a security risk.

Trump has tried to pin Ukrainian ties on Joe Biden. But it’s Trump who has the ties. Michael Cohen, his former attorney engaged in negotiations for a Trump Tower in 2016 while Trump was saying “ I have no financial relationships with Russia.”   Trump’s campaign manager, Paul Manafort, managed the campaign of the candidate for President of the Ukraine, Viktor Yanukovych, who called for closer ties with Russia while disguising his Russian connections. Trump surrounded himself with staffers, in addition to Manafort, with close ties to Russia. His national-security adviser, Michael Flynn went to Moscow in 2015 to fête Putin at a banquet; Charges against Flynn were subsequently dropped by Attorney General Bar.  Roger Stone, a former longtime business partner of Manafort’s, was also convicted and pardoned.  Manafort was convicted of tax and bank fraud. -money laundering.

Despite traditionally non-partisan officers are going on record to warn about the threat Donald Trump poses to our security, the pandemic.

Couple all this with Trump’s refusal to disclose his tax returns, there are enough breadcrumbs to wonder whether an American President has compromised American interests.

Parler, the right-wing social media haven, was booted off Amazon and Apple. Where it does it land? Parler is back up, and being hosted by “DDOS GUARD” out of Russia. Connections like this leave little to the imagination.

Putin could not be more pleased with having had Trump in the White House. Trump was as much a Russian weapon as any bomb.  More people have died from this pandemic than were killed in World War II.  The nation is more divided and Americans are disheartened.  A survey taken after January 6 found 79 percent agreeing with the statement “America is falling apart.”

Now Trump has filed a lawsuit against  Hillary Clinton, the Democratic National Committee (DNC), White House national security adviser Jake Sullivan and more than a dozen others alleging a vast conspiracy to undermine his 2016 presidential campaign and making accusations of Russian collusions. Trump has used lawsuits as a weapon throughout his career. A lawsuit, if those being sued have the resources to defend themselves opens Trump up to having his relationship with the Russians and their bankers laid out in open court.