Trump is attempting a coup and American democracy hangs by a thread. The nightmare is coming true.  It began in the  80s and 90s —  the gerrymandering  to the voter suppression tactics of the 90s and 2000s, to the voter intimidation tactics of the last two or three elections — flooding people with disinformation and misinformation designed to deter from them voting. Trump and his minion are not just “not playing fair” —this abuse of power culminates in a coup.

There are two kinds of coups – hard and soft. A soft coup involves abusing legal mechanisms, procedural mechanisms, electoral mechanisms.  Popular will is subverted or perverted — often by an abuse of power. Trump Attempted to sabotage the Postal Service to delay the vote. People are effectively denied their vote.  The goal of a soft coup is to transfer power to authoritarians — and make it seem legitimate.

In Lansing, Michigan, the President joked about…Joe Biden and Kamala 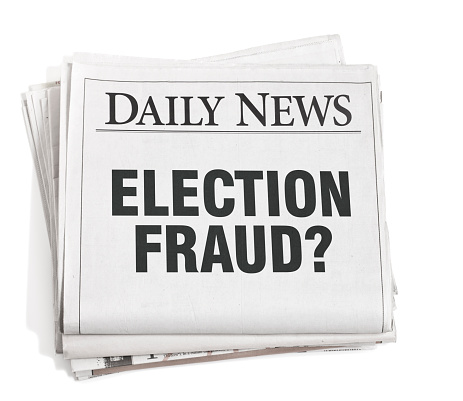 Harris… being assassinated. Is this a signal to his base that now is the time for them to act?  When demagogues “kid around it isn’t a joke. “Will no one rid me of this troublesome priest?” asked King Henry II and what followed was Thomas Becket’s skull was split open spilling his brains onto the cathedral floor! King Henry was incredulous that his “joke” resulted in Becket’s death. Trump has encouraged political violence over the last few d months.

Is it fair to ask if Trump’s belligerence about staying in office is owing to his fear of prosecution, both federal and state? Manhattan District Attorney Cyrus Vance is pursuing allegations of tax, business, and insurance fraud under New York law.

Trump is trying to stage would amount to a coup d’état, by having Republicans invoke the complex provisions of the 12th Amendment, when Congress meets in a joint session on January 6 to confirm the winner of the presidential race.

So a hard coup is when paramilitaries and fanatics with machine guns assassinate opponents. How close are we to this? How ironic that Trump will end his term reviled and homeless.