On December 18 Trump tweeted “Statistically impossible to have lost the 2020 Election. Big protest in D.C. on January 6th. Be there, will be wild!”

What has resulted is conservative social media promoting at least four rallies in the capital on Wednesday, starting at 7 a.m. The National Park Service, confirmed it has issued that at least three permits. Those three permits allow a maximum of 15,000 protesters. 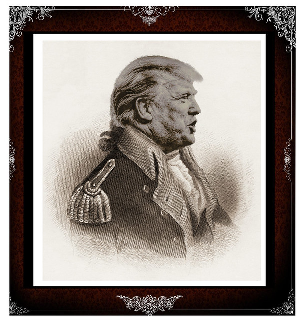 Has Trump crossed the line of 18 U.S. Code Chapter 115 – TREASON, SEDITION?  The Supreme Court in the case of Brandenburg vs. Ohio limited the enforcement of this crime to applying it only to speech or conduct that advocates “imminent lawless action.”

If violence erupts on the streets of Washington, D.C., “imminent” gives way to actual lawless action. The three elements of this test are intent to speak, the imminence of lawlessness, and the likelihood of lawlessness.

If violence occurs, Trump may be subject to prosecution for “sedition.”

Trump owns a golf course in Scotland. His trip may be complicated because members of the Scottish Parliament are asking that their first minister for a probe into the financing of Donald Trump’s business interests in Scotland.. Scottish.  First Minister Nicola Sturgeon on Tuesday said that President Donald Trump will not be allowed to visit Scotland to play golf in January.

Gunfire from Trump’s Troops Cause Evacuation of the Capitol

Hordes of Trump supporters estimated to be in the thousands traveled to Washington on Wednesday to pressure lawmakers and Vice President Pence to overturn the results of the election. Pence noted earlier in the day that he does not have the power to object to electors.

Hundreds of these Trump supporters stormed the barricades of the Capitol and marched toward the building. They overpowered the police on Capitol steps, forced their way into buildings, and security was overrun. The Capital police trying to hold them back.

The U.S. Capitol Police on Wednesday locked down the Capitol building and evacuated multiple congressional buildings amid increasingly violent protests outside. 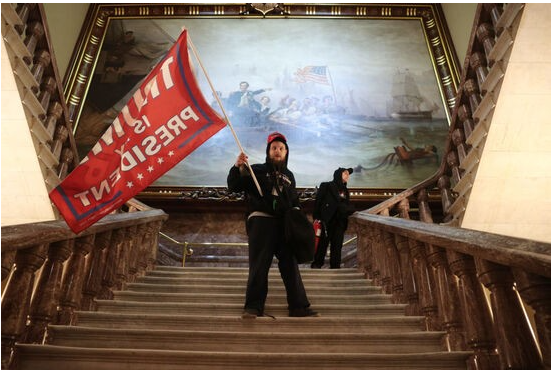 Buildings being evacuated included the Library of Congress’s Madison Building across from the Capitol as well as the Cannon House office building. This is a massive building. In an alert sent to Hill staffers, police ordered occupants of the Madison building to “move in a safe manner to the exits” and “close doors behind you but do not lock.” 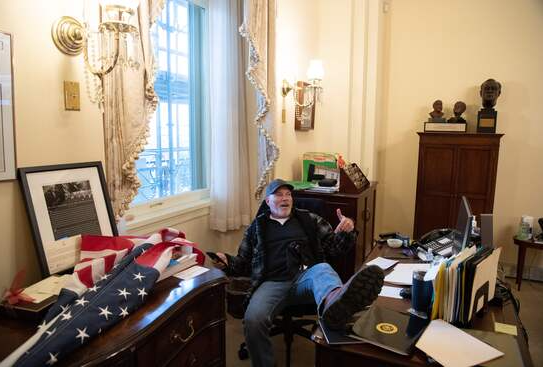 Vice President Pence was taken from the Senate chamber after protesters entered the Capitol to protest the results of President-elect Joe Biden’s win.

Trump supporters overpowered police on the Capitol steps and forced their way into buildings, overrunning security, rampaging, and pillaging. 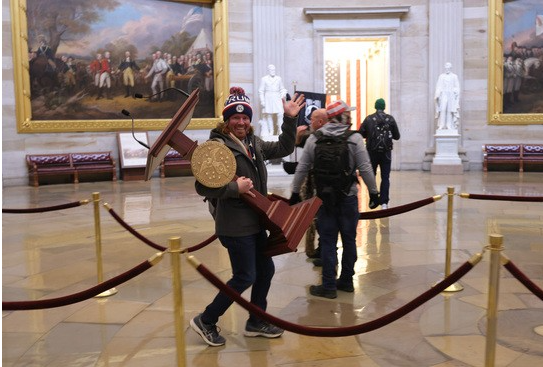 The Madison Library of Congress building is being evacuated after Trump supporters breached security and ran past police. The looters and rioters breached the actual Capitol building. After knocking down four layers of the security fence, with the police trying to force them back behind a temporary fence. This is exactly what Donald Trump promised his supporters. This is exactly what he wanted.

Asked how long the lock-down might last, the officer said it will depend on the behavior of the protestors. 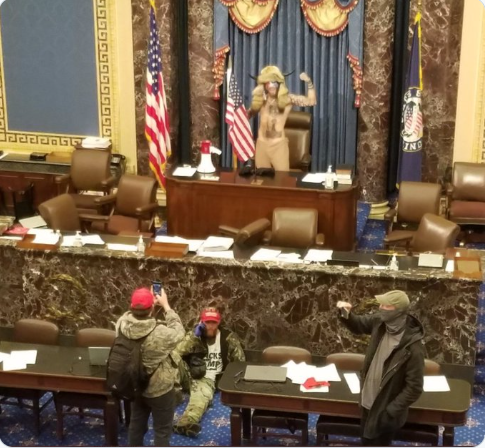 “Let me be very clear — the scenes of chaos at the Capitol do not reflect a true America, do not represent who we are. What we are seeing is a small number of extremists dedicated to lawlessness. This is not dissent. It’s disorder. It’s chaos. It borders on sedition and it must end now,” Biden said.President-elect Joe Biden condemned the violence in the nation’s capital as “insurrection” and demanded an end to the “chaos.”

Trump late in the afternoon issued a statement to the terrorists saying: “I love you. You’re very special. I know how you feel.” He continues to reiterate his false claims that his election defeat was “fraudulent,” which was the basis for the protest in the first place. Trump finally urged his supporters to disperse.

In a court of law, can Trump absolve himself of guilt for the looting and violence by seeking to call back his fanatical supporters that he summoned to the Capitol?

Although the American public watched in shock and dismay as the disturbing series of events unfolded, Rep. John Katko (R-N.Y.)Katko insists the riots were far worse than reported on television. During an interview with Syracuse.com, Katko shared details about the day of the deadly U.S. Capitol riots.

“I’ve had a lot of classified briefings on it, and it’s deeply troubling,” Katko told Syracuse.com. “I was left with a profound sense that it was much worse than people realized.”

Katko’s latest remarks come just weeks after he spoke out against Trump’s rhetoric and antics. He noted the president’s misinformation campaigns on social media and his speech during the “Save America” rally that provoked the Capitol siege as he stressed the importance of holding the president accountable for his actions, according to Newsweek.

He insisted that the former president “deliberately promoted baseless theories that created a combustible environment of misinformation and division.”

Katko added, “To allow the president of the United States to incite this attack without consequence is a direct threat to the future of our democracy and to our security.”

While the former president has departed from Washington, D.C., he still has a number of legal investigations to contend with in the coming months.