Is Americans’ appetite for right-wing idealogues waning?  The GOP is viewed negatively by 60% of voters. Only 38% say they have a positive view of the Republican Party. Democrats don’t fare so well either. Just under half of Americans (47%) have a favorable view of the Democratic Party, while a slightly larger share (51%) have an unfavorable view. Now Biden’s poll numbers are down because I think Americans are confused by the economy. 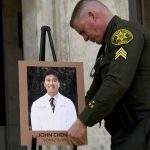 ‘Lock and load’: Trump-backed candidate tells Michigan voters to ‘show up armed’ at the polls. Rep. Liz Cheney says former President Trump is “at war” with the Constitution and condemned GOP leaders who have failed to show courage and reject his lies.

Americans are “confronting a domestic threat that we’ve never faced before: a former president who’s attempting to unravel the foundations of our Constitutional Republic, aided by political leaders who have made themselves willing hostages to this dangerous and irrational man.”

What should be more concerning to Republicans is the public is not with them on most issues. Nearly two-thirds of Americans (65%) say they are very or somewhat confident in Biden to handle the public health impact of the coronavirus outbreak. Narrower majorities express confidence in Biden for making good decisions on foreign policy and economic policy, effectively handling issues around race, making wise decisions about immigration policy and effectively handling law enforcement and criminal justice.

Strong majorities of voters view the Republican Party’s positions on critical economic and social issues as extreme on such issues as:

The Republican turn against democracy begins with race.  Support for authoritarian ideas in America is closely tied to the country’s long-running racial conflicts.

Slavery was legal in a large portion of the country and that alone flew in the face of all human beings having natural, equal rights. Women did not have the right to vote. White landowners were the only Americans with the right to vote and a hand in charting the path forward for the newly created United States. All people did not have equal rights when the country was established and the Constitution was written.

A lot has changed since 1776. Conservatives don’t like change. Trumpism is one big hissy fit in reaction to an ever-changing nation. Changes in demographics, changes in the global economy, changes in global power dynamics, changes in employment opportunities, changes in sexuality all leave conservatives pining for the good old days.

The 1964 Civil Rights Act and 1965 Voting Rights Act cemented Democrats as the party of racial equality, causing racially resentful Democrats in the South and elsewhere to defect to the Republican Party. This sorting process, which took place over the next few decades, is the key reason America is so polarized.

Republicans with high levels of “ethnic antagonism” generally agree with statements like “It is hard to trust the results of elections when so many people will vote for anyone who offers a handout.”   All racial grievances are to be ignored and the federal government should be about the size of a high school student council and have a budget and power to match.

By this measure, few people inhabiting the United States deserve to call themselves true Americans today. Certainly not the undocumented illegals who bypassed normal immigration channels and will most likely never assimilate to our language and culture. Certainly not the 75 million people who voted in the last election for the senile figurehead of the Democratic Party, Joe Biden.

All this boils down to a fear of change and a fierce desire to cling to the past. Most importantly they want to ignore the word all, as in the equal rights of all human beings.

America is now experiencing a second wave of the deadly coronavirus pandemic. At least 600,000 people have died from the pandemic in the United States. That number will likely surpass one million by the time it is over. 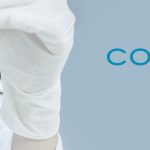 The U.S. is now averaging 100,000 new COVID-19 infections a day, returning to a milestone last seen during the winter surge in another bleak reminder of how quickly the delta variant has spread through the country. Refusing to be vaccinated against the coronavirus pandemic is another way for such violent fantasies and behavior to assert themselves. Some 30 percent of Republicans actually believe that the government puts microchips inside the coronavirus vaccines to track and otherwise control the American people.

The country may even be forced to endure another wave of lockdowns and forced business closures intended to slow the spread of the disease. The economic and human consequences will be dire.

Ending the pandemic is a battle against the willful stupidity and the Trump Republican Party death cult. Trump’s followers and other Republicans and so-called conservatives are willing to risk death from the pandemic as proof of loyalty to “the cause.”

For example, Marjorie Taylor Greene, the Congresswoman who has shown herself to be a professional nincompoop and loud public menace, is now encouraging “Southerners” to take up arms against public health outreach workers who are trying to stop the spread of the coronavirus pandemic and its highly infectious Delta variant. People who have embraced anti-social behavior by refusing to be vaccinated and rejecting other commonsense public health responses to a pandemic are irresponsible. 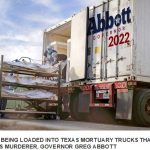 They are dying. The problem is that in getting ill, they are exposing everyone they come in contact with – before they get into the hospital and then within the hospitals:

A GOP official from Texas who regularly espoused anti-vaccine and anti-mask views online has died from COVID-19, five days after posting a meme on Facebook questioning the wisdom of getting inoculated against COVID.

Dickinson City Council member and State Republican Executive Committee member H. Scott Apley, 45, died in a local hospital around 3 a.m. Wednesday morning, according to a GoFundMe page set up to help Apley’s family with expenses. He was admitted to the facility in Galveston on Sunday with “pneumonia-like symptoms,” and was hooked up to a ventilator as his condition worsened. His wife was also infected, the family said.

Conservative radio host Phil Valentine spent months preaching vaccine skepticism to his followers in Nashville. It seems like many of them listened. Tennessee has experienced a dramatic spike in the Covid-19 cases. Among the newly infected is Valentine. He is in “serious condition” in the critical care unit. The experience has led Valentine to reconsider his stance on the vaccine. If he had to do it over again, he would be more adamantly pro-vaccination, and that is what he will bring in his message when he gets back to that microphone which we hope is sooner rather than later,” his brother Mark recently told News4 Nashville.

His family has kept followers updated on Facebook. “Phil & his family would like for all of you to know that he loves ya’ll and appreciates your concern, thoughts & prayers more than you will ever know.”  “Please continue to pray for his recovery and PLEASE GO GET VACCINATED!”

Covid-19 case rates are spiking as the Delta variant spreads through the nation. Several with severe cases are imploring others to learn from their mistake and get inoculated

Valentine’s station, 99.7 WTN, announced on Friday that the host contracted Covid and that he is in “serious condition” in the critical care unit. The experience has led Valentine to reconsider his stance on the vaccine. “If he had to do it over again, he would be more adamantly pro-vaccination, and that is what he will bring in his message when he gets back to that microphone which we hope is sooner rather than later,” his brother Mark recently told News4 Nashville.

The degree to which right-wing influencers like Valentine are responsible for the resistance to the vaccine and the Covid resurgence can’t be overstated. Local radio hosts, Fox cable news talking heads, and Republicans in Congress have duped tens of millions of Americans into failing to protect themselves and others from the disease. These unvaccinated millions are now coming down with severe cases of Covid at an alarming rate.

Here are some recently reported examples of unvaccinated Americans and their families who were hospitalized with Covid and now regret forgoing the vaccine:

The Covid case rate is rising dramatically among the unvaccinated, but the majority of those who have yet to get a shot still isn’t convinced. A recent Associated Press poll found that 35 percent of unvaccinated Americans say they will probably remain unvaccinated, while another 45 percent said they definitely will not get the shot. Despite the evidence, the vaccine offers strong protection against the Delta variant, 64 percent of unvaccinated Americans believe the vaccine does not offer protection against Covid variants.

A Kaiser Health analysis of state data published last Friday found that the vast majority of Covid cases (between 94.1 and 99.85 percent), hospitalizations (between 95.02 and 99.93 percent), and deaths (between 96.91 and 99.91 percent) are among the unvaccinated.

“No one ever lost money underestimating the intelligence of the American public. – Gary Shannon

On average, 100 people choke to death on ballpoint pens every year, every day hundreds of more Americans are dying of COVID-D. 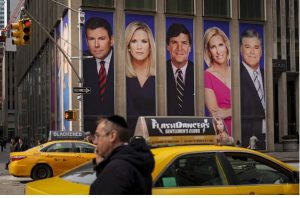 The attempted insurrection wasn’t simply financed by Republican donors (like Clarence Thomas’ wife), it was meticulously planned. There are memos laying out legal justifications for overturning the results of a free and fair election. There were pressure campaigns against Mike Pence, and even a PowerPoint presentation has come to light. Former chief of staff Mark Meadows—using his personal email and phone—wrote that on January 6th, “the National Guard would be present to ‘protect pro-Trump people’ and that many more would be available on standby.”

Our political order is failing. Congress cannot raise the debt ceiling and pay our national credit card bills without high drama.  Spending on infrastructures like roads, bridges, and ports has been delayed through at least three presidencies despite the fact that a hefty majority of the public supports these investments.  Congress has not passed a regular budget in 25 years. Hundreds of key posts in the administration remain unfilled.   Meanwhile, Trump and his minions are doing their darndest to set up the country for a massive political crisis in 2024.

Missouri  U.S. Senate candidate Eric Greitens has invited supporters to get a hunting permit for RINO’s, a derogatory label for moderate Republicans (Republicans In Name Only).  His behavior incites political violence.