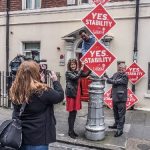 Humans are neurologically wired for stability and predictability and hate uncertainty. When we are able to have predictability and stability and if we move stress beyond our stress tolerance, we move into fight, fright, or freeze. While once it was possible to take decades or generations to adapt to change, Covid-D has compelled change more quickly than many people can absorb.

The nation is not at peace. The January 6 Insurrection posed danger to our republic itself.  People are registering dissent about getting vaccinated and wearing masks. Almost one million Americans are QAnon supporters. About 150,000 supporters attend every rally. Right-wing groups have arsenals of lethal weapons like assault rifles and explosives.

An indicator of the divide in this nation is that when asked 79 percent of people believe more change is needed.  On the other hand, 87% of Republicans say we have had enough change.

The United  States stands out for the degree of divisiveness that afflicts it. When the nonpartisan Pew Research Center recently surveyed people in 17 countries in Europe, Asia, and North America, Americans were the most likely to say their society was split along partisan, racial and ethnic lines. The U.S. also reported more religious division than almost any other country surveyed.

The U.S. was also one of five countries in which more than half the public said their fellow citizens can’t agree on basic facts.

The post-pandemic economy is changing more than what jobs are available and where we work. People go less to stores and are ordering online, and nearly all public gatherings are called off. This is feeding into the anger in the nation. From road rage to people acting offensively on airplanes, to acts of violence against businesses owned by Asians and other minorities.

Disasters like hurricanes, drought, and flooding, the economic ills caused by the COVID-D pandemic, and the Insurrection of January 6 have major repercussions. These are called “trigger events.” During a trigger event, things that were previously unimaginable quickly become reality, norms are changed, and people lose their inhibitions, revealing what they believe, feeling free to talk and act as they wish. They change politics, economics, and public opinion in drastic ways. 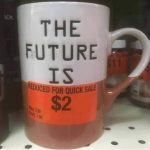 Some people feel disenfranchised, become angry, depressed, anxious, and act out in anti-social ways. With unemployment and the isolation created by the lockdowns, alcohol consumption, use of illegal drugs, misuse of prescription drugs is surging along with serious psychological distress, and mental illness.  Anxiety and depression in people went up from 11% in 2019 to 42% in 2020.

Schools and electron boards are victims of the cultural divide.  School districts in Florida, Arizona, and Texas are at odds with their GOP governors over the governors’ refusal to allow mask requirements. Parents in some districts are filing lawsuits because the school requires students to wear masks. School board meetings are becoming screaming matches. Health care workers in Tennessee who advocated masks were harassed after they spoke at a school board meeting. Increasingly, election workers are threatened with bodily harm.  Delta urges other airlines to share no-fly lists to roust mask trouble makers from flying.

Many people become disillusioned and distrustful of politicians, government, and authorities and ironically make self-defeating political decisions. Dark angels are hovering over our democracy. Democracy itself is on the line, but most of the problems of our society that can be solved politically need to be done at the voting booth.

This is why Republican legislatures gerrymandered state and congressional seats in 2010 and are revamping the election laws to make it difficult for tens of millions of voters to vote in 2022.

The key to solving this problem is to either pass a federal Voting Rights Act or to pursue forcing the removal of Justices Clarence Thomas and Brett Kavanaugh. Passing the Voting Rights Act requires overcoming the filibuster barrier.

The Polarization Index measures engagement with polarized content on Twitter and calculates a polarization score. This shows polarization has barely moved since the start of 2021, although angry sentiment has shifted between topics like immigration, policing policy, racial equity, and gun legislation. The news articles shared on the most polarized topics were more likely to come from unreliable, right-leaning sources,