Health care costs prevent people aged 45 to 59 (members of Generation X and boomers) to get the health care they need:

Between a third and a half of people, age 45 to 59, and a quarter of those 60+ went without needed health care in the past year due to its cost, according to a troubling new survey from the West Health Institute and NORC at the University of Chicago. 80% of the people the University of Chicago surveyed had health insurance, so just having insurance does not make you immune to health care costs.  The percentages were better for people 65+ mostly because those 65 and older have Medicare.

At least two-thirds of older Americans see health care costs as a financial burden, according to a new West Health-Gallup survey published Wednesday.

About 24 percent of Americans ages 50-64 — also known as “baby boomers” say health care costs are a major financial burden, compared to 48 percent who say the costs are a minor burden, according to the survey. About 10,000 boomers a day cross the age threshold. By 2030, all boomers — about 77 million people — will be at least 65 years old, according to the U.S. Census Bureau.

At the same time, health care costs are expected to increase. The out-of-pocket costs for older Americans averaged $6,883 in 2019, up 41 percent from 2009, the U.S. Department of Health and Human Services reported.

Although most older Americans are covered under Medicare, they pay more than $1,000 on average than the general population because Medicare does not cover all expenses, such as dental, vision, and hearing services. Increased demand because of the high number of older adults is also pushing up costs.

Addictions as Ways of Dealing with Stress

Marijuana is the most used illegal drug in the United States, with approximately 22.2 million users each month. People are using drugs early. Among 10th graders, 28.8% had used marijuana in the past year and 18.4% in the past month. 1 in 3 Americans lives in a state where adults can legally buy cannabis.

Unhealthy foods are advertised constantly in all media. “Unhealthy food” is sweet, salty, meaty, succulent, “umami”, or a combination of the above. All of those can be considered “unhealthy, ” particularly if eaten to excess.  Junk food is usually cheap, tasty, and filling. But is associated with a variety of issues, like diabetes, heart problems, and obesity. Is it any surprise that gas stations are paired with convenience marts? These make junk food available, convenient to obtain. 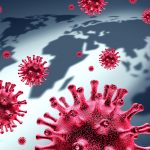 COVID-19 led to widespread loss of life. There are concerns the fight against the pandemic is taking resources away from other critical health challenges – including disruption of other forms of urgent care – auto accidents, heart attack, strokes—illnesses, and reasons to get immediate medical attention.