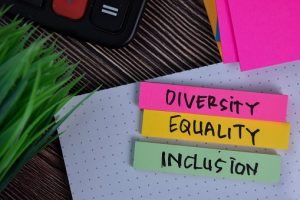 Is the national news media, everyone from CNN to Fox, laying the groundwork for the Republicans taking back the Congress and White House? Not just by observing that off-year elections favor the party out of power, but by covering disgraced President Trump’s view on every issue that gets people’s attention.

I don’t think most news people like Trump. They are appalled as we with his dissembling and selfish behavior. I think they are intimated by their corporate owners to be overly “fair.” Former President Obama was not quoted seven days a week on the networks. Yes, MSNBC and CNN do run videos produced by the Lincoln Project critical of Trump, but well-produced but subtle critiques don’t touch on the bread-and-butter issues people relate to.

What people relate to is what bothers them in their daily lives – the high cost of gasoline and rising inflation. People are tolerant of gays and Black Lives Matter movements but are bothered by what they perceive as extreme actions like removing statues of Thomas Jefferson  Thomas Jefferson, George Washington, Ulysses S. Grant, and Francis Scott Key. It’s one thing to remove, relocate, or rename statues of Confederate generals, but it’s another to suggest children should choose their sexual preferences in grade school or that public safety needs to be compromised by defunding the police.

The right tried to capitalize on Rittenhouse’s acquittal, but he is not going along with it. He says he supports “Black Lives Matter” and is no longer represented by the lawyers who raised money for his bail from right-wing donors. His attitude reflects the fundamental decency most Americans have.

The news media needs to let Democrats declare their opposition to extreme policies and actions while declaring in positive their values in positive terms. Republicans, like Josh Hawley, are allowed to occupy core values.

When the networks question Republican congressmen and Senators, they let them get away with criticizing Biden and his policies without asking them basic questions like “Would people in your district or state not benefit from roads, bridges, lead-free water pipes, airport and seaport improvements, childcare” or “improved bridges?” For decades these were matters of bipartisan agreement because they are the backbone of the American economy. Representative Fred Upton (R-Mich.) released audio of a voicemail threatening his life as well as his family and staff this week for having voted for the infrastructure bill.

How often do we watch news programs where interviewers don’t ask crucial questions? That brings out the critical importance of investing in infrastructure. The Build Back better bill pays for items needed for the economy to recover from the pandemic like childcare, eldercare, and paid family leaves.

A movement that started in schools has rapidly expanded to public libraries, accounting for 37 percent of book challenges last year, according to the American Library Association. Conservative activists in several states have joined forces with like-minded officials to dissolve libraries’ governing bodies, rewrite or delete censorship protections, and remove books outside of official challenge procedures.  Such actions show no regard for freedom of choice.

It takes time to change a culture and most Americans want to be tolerant.