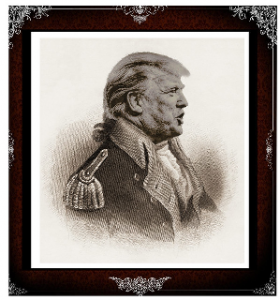 Trump returned to Washington for the first time Tuesday, July 26, after leaving office to give a speech to the right-wing America First Policy Institute’s America First Agenda Summit, which aired live on Newsmax.

What he said was terrifying: he wants the U.S. to be more like China with police on every corner, with “Very short trials and mass executions. Trump praised the way crime is handled in the Philippines, where over 12,000 people have been executed for drug-related crimes.

In reference to the January 6 insurrection, Trump said, “We may just have to do it again.” With these words, Trump is admitting to instigating the January 6 attempted insurrection. What more could the Justice Department or a jury need to convict Trump?

Trump said major drug traffickers are responsible for about 500 deaths each and should be executed upon conviction for those lost lives.

“If you look at countries throughout the world, the ones that don’t have a drug problem are those that institute a very quick trial and death-penalty sentence for drug dealers,” Trump told the crowd.

“It doesn’t take 15 years in court. It goes quickly,” Trump said. “You execute a drug dealer and you save 500 lives because they kill on average 500 people.”

Trump cited Singapore and China as examples of countries with no drug problems where drug dealers are put to death.

“It’s terrible to say, but you take a look at every country in this world that doesn’t have a problem with drugs, [and] they have a very strong death penalty for people who sell drugs,” Trump said.

Predicting that the death sentence would be a deterrent to major drug dealers, 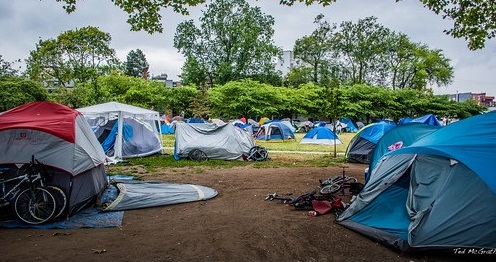 Trump complained at length about how unsightly homeless people spoil the view of cities. He advocated for all homeless people to be rounded up and forced from the cities, to “large parcels of inexpensive land.” Trump is America’s worst nightmare.

“A friend of mine said recently that I was the most persecuted person in the history of our country,” Trump said. “I said he may very well be right.”