The COVID-19 pandemic has led to the permanent closure of 480,000 American businesses. This includes approximately 20,000 small businesses in California alone. Millions of employees lost their jobs as a result of these closures. 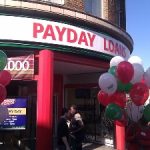 A lot of pre-pandemic jobs are gone forever.  Low-wage jobs in marginal companies or marginal sectors are gone as companies have gone bankrupt and jobs in some sectors have been emptied out. While more adaptive companies are taking some of the failed business’s places, they employ fewer workers. Over 100 million people in eight of the world’s largest economies may need to switch occupations by 2030, according to McKinsey & Co.

More than 2.3 million women have left the U.S. labor force since February 2020, sending us back to participation levels last seen in 1988.  It took less than a year to erase more than three decades of progress for America’s working women during the Pandemic. Women—especially women of color, who are already the most economically vulnerable—have borne the brunt of the pandemic-era job losses, accounting for more than 53% of net U.S. jobs shed in the past year. 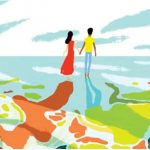 Many of the businesses that closed were service-oriented businesses, schools, and daycares centers that rely on the female workforce. Complicating this is the country’s lack of affordable childcare or paid leave for working parents; employers’ persistent failures to close the gender and racial gaps in what they pay workers. Those most likely to suffer skill gaps are the less educated, women, ethnic minorities, and the young.

Here’s a look at employment in various industries:

Restaurants, bars, and stadiums temporarily were shut down or operating on the limited capacity for most of the year, many workers at these businesses lost jobs. In December 2020, there were 1.3 million fewer workers in these fields were than there were one year earlier.

2. Support jobs for mining and oil and gas extraction

Companies in these industries responded to shifts in demand by laying off or furloughing workers in support positions. There were nearly 58,000 fewer workers in these roles in December 2020 than there were one year earlier.

Because fewer people felt comfortable traveling in 2020, there were 116,500 fewer jobs in air transportation in December 2020 than there were one year earlier. Railroads shed at least 18,900 jobs during that same period. Even truck drivers experienced layoffs because businesses that were temporarily shuttered needed fewer supplies.

The construction industry lost nearly 441,000 jobs between December 2019 and December 2020, due to a slowdown in renovations of office buildings as more companies shifted to remote work, vacating space in buildings or entire buildings themselves..

Hollywood lost more than 110,000 jobs between December 2019 and December 2020 because many movie theaters nationwide closed. It’s hard to make movies and TV shows when safety precautions mean cutting down on large casts and crews on the sets.

The large increase in the number of people working from home this year led to a big drop-off in the demand for dry-cleaning and laundry services. Those occupations lost more than 228,000 jobs since December 2019.

8. Jobs manufacturing food packaging and processing,, clothing and other goods

The pandemic has accelerated the use of robots in both manufacturing and in the services industry as workers and customers need to be protected from the spread of disease. While the use of robots may generate productivity growth, millions of jobs will be threatened and there is a question as to whether enough new jobs will be created in the process. 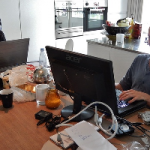 35% of the US workforce is doing freelance work. There are Uber-driving teachers and law school grads reviewing documents for $20 an hour—or less; Ivy Leaguers who live on food stamps. People make do with short-term contracts or shift work.

Jobs are often subpar, featuring little stability and fringe benefits. Once upon a time, only the working poor took second jobs to stay afloat. More middle-class are taking second jobs in order to stay in the middle class.

Studies show remote workers are working more. A team with Harvard Business School, using meeting and email metadata of roughly 3.1 million employees around the world, found the pandemic workday was, on average, 48.5 minutes longer.  Microsoft found its employees were more often working at night, through lunch, and over the weekends.

Workers in occupations that bring them in close physical proximity to other people (co-workers, patients, customers, etc.), particularly when working in indoor settings or with shared transport or accommodation, are more exposed to and at higher risk of COVID-19 resulted in many people leaving their fields.

Some employees are choosing not to return to the office, by any means necessary. If that means quitting their jobs, some are comfortable doing so. Others made jobless are bewildered. “When you’re 50 years old, to start something new is daunting.” While working for yourself can offer the freedom and flexibility of working from your home or apartment, it also makes it more challenging to find clients with so many businesses closed or operating with reduced workforces. Marketing and serving people face-to-face is more difficult because many people are wary of wary to meeting face to face.

Automation has given a bigger share of the market to larger firms, which can afford more automation and historically pay a smaller percentage of earnings to workers in favor of shareholders and owners. The World Economic Forum said last fall that 50% of employers plan to step up automation at their firms.

People lacking unions, church communities and nearby close relatives to support them, people feel isolated and stranded. Their labor has sputtered into sporadic contingency.

Across all sectors and occupations, four in 10 employees now say they’ve considered changing their current place of work. More Americans are telling their boss to shove it. Retail workers are quitting at record rates for higher-paying work. Is the workplace undergoing a revolution? More Americans quit in May 2021 than any other month on record going back to the beginning of the century, according to the Bureau of Labor Statistics. For every 100 workers in hotels, restaurants, bars, and retailers, about five of them quit last month.

Low-wage workers are not the only ones eyeing the door. In May, more than 700,000 workers in the bureau’s mostly white-collar category of “professional and business services” left their job — the highest monthly number ever. Airport merchants and grocery stores are automating, with self-check stations and other touchless technology. There is also less staff behind the scenes.

Manufacturing jobs that require people to work side by side create problems of maintaining physical distancing. As a result, there were a number of COVID-19 outbreaks in meatpacking and poultry processing. Apparel manufacturing businesses shed jobs. With more people working at home and also not going out at night, the need for new, the demand for stylish clothing dipped. Some employers are automating because fewer and fewer people want to work on the assembly line for $15 an hour.

They are connected by Zooming or Skyping to stay in touch. With the rise of social distancing, we are seeking out new ways to connect, mostly through video chat. Meetings are happening on Zoom, Skype, Google Hangouts, and Microsoft Teams.

In the past few years, users of these services were increasingly moving to their smartphones, creating an industrywide focus on mobile. Now that we are spending our days at home, with computers close at hand, many Americans appear to have grown weary of squinting at those little phone screens.

Facebook, Netflix, and YouTube have all seen their websites grow while the numbers on their phone apps stagnate or drop off.   Data from Similar Web and Apologia both draw their traffic numbers from several independent sources to create data that can be compared across the internet.

Home-schooled and isolated from others their age, younger generations experience a long period of confusion and uncertainty because they spend so much time engulfed in tech worlds.

Inflation reached its highest level in more than 30 years in October 2021.

The longer people are out of work the more their skills atrophy in a process known as hysteresis.