At our core, this nation is a tolerant and forgiving people. Take into account how far America has come in recognizing people based on their value whether it is in music, motion pictures, sports, television personalities, doctor, and occupation after occupation. People are elected based on factors other than race, ethnic origin, or gender preference.

Americans, on the whole, agree with Supreme Court decisions that represent changing values in the nation. 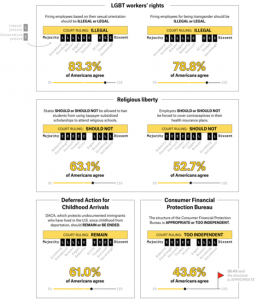 Kevin McCarthy, the blowhard who represents my Congressional district has warned that if the Republicans get a majority in the next Congress “some liberal lawmakers will need the approval of a majority to keep those positions in the future.”

What Democrats need to do is deliver on the historic opportunity to renew our American infrastructure. Adds 2 million jobs per year over the next decade, the majority of the jobs created don’t require a college degree. The cornucopia of good things to come from passing this legislation includes the health and safety of communities, tackling the climate crisis, and creating opportunity by:

America’s major health problems are the pandemic and its mutants that are overcrowding hospitals and many states and causing other health care, including heart disease and surgery to be postponed. ICU beds are in short supply. Rural health care is suffering from the closing of at least 176 rural hospitals have closed since 2005 because it is not profitable for hospitals to operate in low-population areas.