Roughly 40 percent of Americans who are considered middle class (based on their income levels) will fall into poverty or near poverty by the time they reach age 65. The downside of being over 50 today is one’s earning capacity is reduced and the value of assets like families homes has not kept pace with the rising costs of health care as you age.

Older adults do not ask for much – more than 3 in 4 want to stay in their own homes and communities as long as possible. But only 46% think this will be possible, according to a new AARP survey conducted by NORC at the University of Chicago.

To stay in their homes, more than a third need to modify them to stay as they age. Bathrooms and entryways need to be safer. More people than not are willing to share their home in order to stay there (32% vs. 29%).

More people and governments are seeking to enable seniors to “age in place.” Whether living their lives out at home or institutionalized, it costs less for people to remain at home rather than being institutionalized.

Suicides in the U.S. have been on the rise. The increase in suicides by males between 50 and 59 years old almost doubled and the increase in women between 60 and 64 years old was about 60%. This is linked to untreated depression and other psychiatric illnesses, physical health problems including debilitating and painful health conditions,

The combination of deductibles, co-payments; treatments their insurance won’t cover; and the inability to work produce feelings of desperation. People with “significant financial stress” were 13 times more likely to have a heart attack.

Increasingly treatments recommended by doctors are being denied by insurance companies. As a result, some doctors don’t recommend the best treatment. Even when there was health insurance, forty-two percent said they’d received a hospital bill that their insurance had not fully covered.

Boomers are retiring with less money in the bank than their parents, a new report finds. In large part, they have the housing crisis of a decade ago to blame.

The Stanford Center on Longevity took a number of measurements of financial health, including home equity and retirement savings, in preparation for publishing “Seeing Our Way to Financial Security in the Age of Increased Longevity.”

Boomers are retiring with less money in the bank than their parents, a new report finds. In large part, they have the housing crisis of a decade ago to blame.

The Stanford Center on Longevity took a number of measurements of financial health, including home equity and retirement savings, in preparation for publishing “Seeing Our Way to Financial Security in the Age of Increased Longevity.”

The analysts wrote  their findings “illustrate that the majority of American workers from all backgrounds aren’t on a path to retire full time at age 65 under their pre-retirement standard of living.”Should that forecast come true, boomers may need to trim their sails as they move into traditional retirement years, the researchers predict.

“It’s likely they’ll need to consider alternative models of retirement, such as working beyond retirement age, changing one’s standard of living in retirement, strategies for deploying retirement savings, or some combination.”

The definition of bankruptcy is given as “legal status of a person or other entity that cannot repay debts to creditors.” In most parts of the U.S., bankruptcy is imposed by the court after a petition by the creditors. All over the country, thousands of people file for bankruptcy daily as a last resort after failing to live up to the financial burdens imposed upon them.

But a worrisome trend that has been highlighted closer to home is the fact that a more significant number of older American citizens are beginning to file for bankruptcy at a rate that is more than double what it was 25 years ago. This trend was highlighted by a study that was published by the Social Science Research Network.

Referred to as a “coming storm of broke elderly,” the study was able to identify that the rate of citizens over the age of 65 who are now filing for bankruptcy increased about 204% from 1991 to 2016. The study also pointed out that the number of older citizens among the total number of all individuals who filed for bankruptcy increased five times within the same 25-year period.

Now social scientists are studying the data pulled from the Consumer Bankruptcy Project, and so far, they have been able to discover that this increased trend of bankrupt seniors is caused in part by the extremely high health care costs, in addition to the lower incomes they receive and the nationwide decline in pension fees.

One of the authors behind the study is Deborah Thorne, a researcher from Idaho that said “it is not an individual’s fault” when they have to file for bankruptcy mentioning the issues with the current retirement systems and Medicare.

She went on to mention that her research discovered that a large number of older adults who are struggling with finances believe the government is doing nothing to deal with their situation.

“We’ve become uncaring about what they’re confronting,” she said.

Why bankruptcy has increased

The study also went on to point out that the cost of taking care of medical issues is a common theme recurring within the majority of elderly bankruptcy filers. Thorne believes that although Medicare provides an excellent cover for older people’s health costs, it does not cover everything ranging from extensive care, hearing aids, a lot of dental procedures, eye exams used to prescribe glasses and foot care.

Medicare sometimes also involves copays, coinsurance and some deductibles that are sometimes difficult for some seniors to afford.

Speaking to Thorne and her team, an older adult who had filed for bankruptcy before said, “my bankruptcy started with back surgery. I had several medical tests that my insurance did not cover. This caused me to fall behind in my medical payments. The next thing I knew, the bills began piling up. I got to the point I owed more than I was making on Social Security.”

These medical issues could also cause many older adults to lose their job, complicating their already terrible financial situation.

“My wife developed medical problems and had to leave her job, resulting in a loss of income. About two years later, I developed medical problems and was not able to continue working,” another respondent told the study’s authors. “We got to a point where we simply could not handle the debt load. The constant calls from bill collectors forced us to contact an attorney for help.”

Other finance retirement experts also agree with this assertion that it is important for older Americans to factor in health costs into their retirement plans. Financial services company, Fidelity Investments backed this up with a statement that read “A 65-year old couple retiring this year will need $280,000 to cover health care and medical expenses throughout retirement”.

And although that is simply a 2% increase from last years cost, it is important to note that Fidelity’s estimate has risen by 75% since 2002 when the estimate recommended by the firm was just $160,000.

This is why older citizens who are unable to pay up such amounts of money are most likely to go into debt. A study done by the National Council on aging found that medical debt is one of the more important obstacles between older citizens and economic well-being.

According to the council “over half indicated that medical debt was the most significant barrier to the economic well-being of seniors, while nearly 20% said that missed utility payments were the biggest problem.”

Why So Many Seniors are Taking Bankruptcy

Going into bankruptcy is not a straight road. In fact, a lot of people who go into bankruptcy struggle with paying bills for a few years. According to bankruptcy lawyer Charles Juntikka, there has been a staggering increase in older clients during his 34 years of practice.

A lot of them are often hesitant to file for bankruptcy because they happen to be brought up by parents who survived the Great Depression; which is why many of them opt to pay their medical bills or mortgages with credit cards piecing together minimum payments of $80 – $90 on their cards without seeing any substantial reduction in their principal balance.

He said, “the problem with my older bankrupt people is they paid for years, but the principal on the credit cards barely budges. Many think that only “crooked” businesses go bankrupt, but decent people pay their bills.

After struggling and failing to get over the surmounting debts, there is usually a trigger that forces them to reach out to a bankruptcy lawyer  and it is often the threat of a creditor to sue.

What we need is to support pension and safety net programs that help secure the financial safety of older Americans. 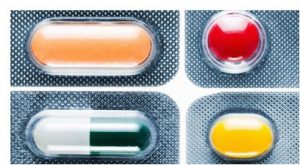 This presentation deals with difficulties and costs of obtaining the drugs one needs in the United States.  Nearly 1 in 10 American adults go without prescribed medications because they can’t afford them (U.S. Centers for Disease Control and Prevention’s National Center for Health Statistics)Orphans drugs. Prescription drugs account for one out of every 10 dollars spent on health care in the U.S and is climbing. People need to be assured they Can afford and have access to the medicines they need.