Alioto’s draft opinion is dangerously wrong on its face, and which when extended could end many of the rights we take for granted. Alioto asserts “For the first 185 years after the adoption of the Constitu­tion, each State was permitted to address this issue in ac­cordance with the views of its citizens.” To put this another way, abortion was not illegal before  “quickening” in most states until the 1800’s. 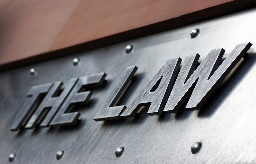 To reach his conclusion, Alioto reached back to English common law, relying on Sir Matthew Hale, an influential 17th Century jurist who is best remembered for his belief that women could be witches, assumed women were liars, and thought husbands owned their wives’ bodies. He permitted the execution of two women accused as witches. Even then, Alioto misconstrues Hale, who wrote abortion was a crime “if a woman be quick or great with child.” Note Hale used the conditional precedent of “if.” Quickening is the moment when pregnant woman first detects fetal movement, which can happen as late as 25 weeks into pregnancy.

Except for misogynists, what sense is there in giving credence to a jurist whose views of women are as dated as lobotomies? By roughly a margin of 2-to-1, Americans want women to have the right to bring or not bring a child into the world. It’s not surprising that Roe v. Wade was decided with a 7-2 majority.

The ninth amendment states: “The enumeration in the Constitution of certain rights, shall not be construed to deny or disparage other retained by the people.” The plain meaning of this is that because a right, such as the right to marry, does not need to be enumerated to be recognized.

The Roe decision was in line with earlier decisions of the Court. For decades before Roe, the Supreme Court held that the Ninth Amendment granted rights such as the right to marry, the right to procreate, the right to use contraception, the right to control the upbringing of children, and the right of every person to choose “whether to bear or beget a child.”

So a fair question is the U.S. Constitution a living document? A living constitution is one that evolves, and adapts to new circumstances, without being formally amended. It’s been calculated that the rate of change accelerates every decade. So, in 20 years from now, the rate of change will be 4x what it is today. Common sense tells us there is no realistic alternative to a living constitution in a rapidly changing world.

Does it make sense for the technologies of everyday life change but our personal liberties will shrink? Will Alioto’s decision pave the way to abrogating other rights that are not explicitly stated: 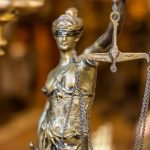 After Federal courts in Alabama, Georgia, Louisiana and Ohio declared gerrymandered election maps illegal, the Supreme Court turned around and said, “Suck it up, disenfranchised voters! You’re gonna have to use those maps.”

Are we really to believe this is a blind application of justice?

Voting maps get redrawn every ten years when fresh census data is available. Revisions are a reflection of the new population data. Typically, that data becomes available at the end of a collection year.

Despite this delay, states got busy revising their electoral boundaries. This process is called redistricting, and it’s done so that voters are electing representatives who can and will speak for their interests.

Each state has its own guidelines to ensure maps are filed such that candidates can meet filing deadlines and know where to campaign.

When this year’s revised maps were filed, the states above were each in a slightly different situation in their election cycle or their particular set of rules for filing new maps.

Nonetheless, challenges began at government-lightning speed. In Alabama, the case was brought in November. By January the court — a three-judge panel — rejected the new map. They ruled that the new maps were illegal because the new lines cut off political power for Black and Democratic voters.

The state was ordered to redraw its congressional map immediately.

By February, the Supreme Court stepped in, barring Alabama from re-drawing the map for their November election. After blather about candidates and filing deadlines, Brett Kavanaugh wrote:

“When an election is close at hand, the rules of the road must be clear and settled.”

Sound Merrick Garland familiar? Garland, you may recall, was nominated to the Supreme Court by Barrack Obama in March. The senate, led by Mitch McConnell, said it was too close to the November election to make any changes.

Of course, none of these assholes felt the need to step in and stop Amy Coney “What Are Those Constitutional Rights Again?” Barrett from being installed in October of 2020?

Think that Supreme Court appointments and general elections are too dissimilar to compare? If you say so, but, you can’t deny it shows a wildly incriminating pattern. Or, in the parlance of the Court, precedence.

This is how the maps are redrawn at every damn census. If this cycle is insufficient, there is no process for stopping gerrymandering.

In theory, the evolution from census to revised election map sounds nice and even-handed. In practice, it’s problematic.

State legislatures are responsible for redrawing the maps. Not surprisingly, they favor their own. Using cracking (splitting voters apart) and packing (cramming unlike voters together) techniques, they set about creating districts that will skew elections in their favor.

Despite the fact that there is no world in which the first month of an election year is insufficient time to right electoral injustice, the Supreme Court began laying this groundwork after the last census came out.

And now we see the result. The current redis­trict­ing cycle is subject to the Court’s 2019 ruling that gerry­man­der­ing for party advant­age cannot be chal­lenged in federal court.

That’s right. States aren’t allowed to enforce or monitor their own rules.

In the majority opinion, Chief Justice John Roberts ruled that “partisan gerrymandering claims present political questions beyond the reach of the federal courts.”

According to the New York Times, the new maps are likely to hand Republicans five to seven House seats they otherwise would not have won. Altogether, these states comprise ten percent of the vote.

The thing about gerrymandering, it cuts both ways. Maybe this is why it goes unchecked. But regardless of where you find yourself on the political spectrum, the voters are the ones who lose.

The reason the government isn’t representing us? Because we aren’t electing the local pols who impact the chain. It’s a bottom-feeding system. In a presidential election year, about sixty percent of eligible voters turn out. At midterms? It’s more like forty.

The Supreme Court as now constituted does not reflect the value of most Americans. In another blog, I propose that Justice Thomas be forced to resign. This can be the beginning of needed change for the Supreme Court.